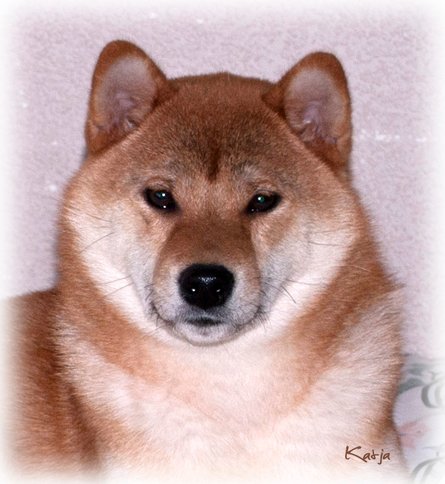 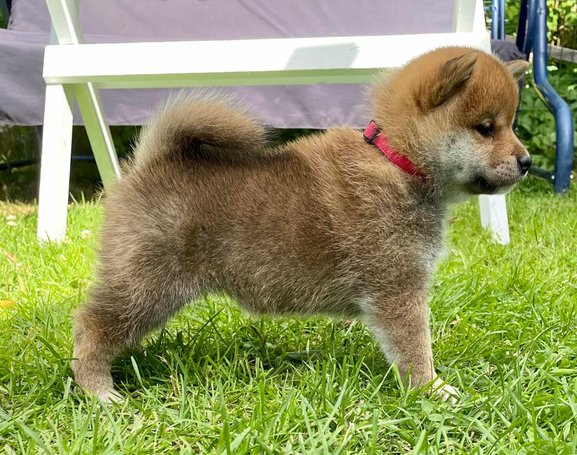 This is our new hopeful - Peggy.

Kennel Caccia is originally a Labrador kennel but after more than 30 years as a breeder of Labrador Retriever my age is starting to take its toll and I decided to invest in a smaller breed. However, I haven't completely let go of the Labradors.

Since I previously (in 1984) had an Akita, I felt that the Shiba would be a suitable alternative as it is the smallest of the Japanese breeds in this family. Admittedly, the Labrador does not have much in common with the Shiba, but this very fact was a challenge. However I have never regretted my decision for just one minute.

In 2017, my first Shiba was acquired, Noven's Looks Like An Angel. Tenshi, as she is called, grew up with my last labrador Taleem Give N Take At Tapeatom "Ronja". It was an extremely safe upbringing for little Tenshi. Unfortunately, Ronja passed away on February 7, 2021, leaving a huge void behind.

In 2022 Peggy (Kichiko's Keep Me Sweet) joined the kennel. Since Tenshi has not become pregnant despite several attempts with different males, I now put my hope in little Peggy.

That same year I was forced to relocate Tenshi. Something I never expected to have to do. That's why Peggy is now the only Shiba on the block.