OBS! We have no puppy plans. 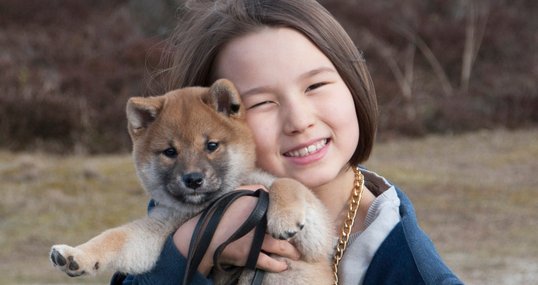 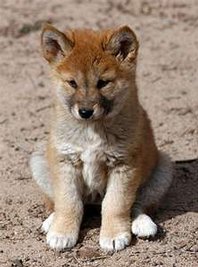 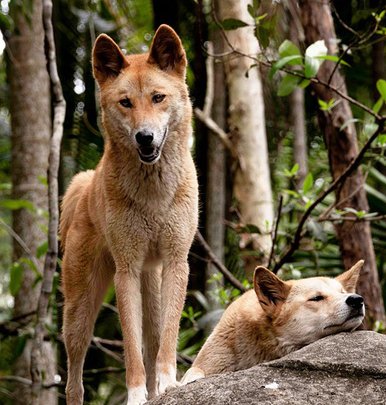 AN EXAMINATION OF HIP GRADING
The phenotypic evaluation of hips done by the Orthopedic Foundation for Animals falls into seven different categories. Those categories are Normal (Excellent, Good, Fair), Borderline, and Dysplastic (Mild, Moderate, Severe). Once each of the radiologists classifies the hip into one of the 7 phenotypes above, the final hip grade is decided by a consensus of the 3 independent outside evaluations. Examples would be:

Excellent: this classification is assigned for superior conformation in comparison to other animals of the same age and breed. There is a deep seated ball (femoral head) which fits tightly into a well-formed socket (acetabulum) with minimal joint space. There is almost complete coverage of the socket over the ball.

Good: slightly less than superior but a well-formed congruent hip joint is visualized. The ball fits well into the socket and good coverage is present.

Fair: Assigned where minor irregularities in the hip joint exist. The hip joint is wider than a good hip phenotype. This is due to the ball slightly slipping out of the socket causing a minor degree of joint incongruency. There may also be slight inward deviation of the weight-bearing surface of the socket (dorsal acetabular rim) causing the socket to appear slightly shallow. This can be a normal finding in some breeds however, such as the Chinese Shar Pei, Chow Chow, and Poodle.

Borderline: there is no clear cut consensus between the radiologists to place the hip into a given category of normal or dysplastic. There is usually more incongruency present than what occurs in the minor amount found in a fair but there are no arthritic changes present that definitively diagnose the hip joint being dysplastic. There also may be a bony projection present on any of the areas of the hip anatomy illustrated above that can not accurately be assessed as being an abnormal arthritic change or as a normal anatomic variant for that individual dog.
To increase the accuracy of a correct diagnosis, it is recommended to repeat the radiographs at a later date (usually 6 months). This allows the radiologist to compare the initial film with the most recent film over a given time period and assess for progressive arthritic changes that would be expected if the dog was truly dysplastic. Most dogs with this grade (over 50%) show no change in hip conformation over time and receive a normal hip rating; usually a fair hip phenotype.

Mild Hip Dysplasia: there is significant subluxation present where the ball is partially out of the socket causing an incongruent increased joint space. The socket is usually shallow only partially covering the ball. There are usually no arthritic changes present with this classification and if the dog is young (24 to 30 months of age), there is an option to resubmit an radiograph when the dog is older so it can be reevaluated a second time. Most dogs will remain dysplastic showing progression of the disease with early arthritic changes. Since HD is a chronic, progressive disease, the older the dog, the more accurate the diagnosis of HD (or lack of HD).

Moderate Hip Dysplasia: there is significant subluxation present where the ball is barely seated into a shallow socket causing joint incongruency. There are secondary arthritic bone changes usually along the femoral neck and head (termed remodeling), acetabular rim changes (termed osteophytes or bone spurs) and various degrees of trabecular bone pattern changes called sclerosis. Once arthritis is reported, there is only continued progression of arthritis over time.

Severe Hip Dysplasia: assigned where radiographic evidence of marked dysplasia exists. There is significant subluxation present where the ball is partly or completely out of a shallow socket. Like moderate HD, there are also large amounts of secondary arthritic bone changes along the femoral neck and head, acetabular rim changes and large amounts of abnormal bone pattern changes.

Elbow dysplasia has multiple inherited etiologies which may occur singularly or in combination. These etiologies include fragmented medial coronoid (FCP) of the ulna, osteochondritis of the medial humeral condyle and ununited anconeal process (UAP). The most sensitive view used to diagnose secondary degenerative changes in the elbow joint is an extreme flexed medio-lateral view of the elbow which is required by the OFA and recommended by the International Elbow Working Group. The veterinary radiologists are most interested in the appearance of the anconeal process of the ulna.

When there is instability of the elbow joint due to elbow dysplasia, one of the most sensitive radiographic findings is new bone proliferation (osteophytes) on the anconeal process of the ulna associated with secondary developmental degenerative joint disease.

Bone proliferation can be very subtle to visualize in some dogs and may require the use of a special light source (hot light) rather than a traditional view box to diagnose it. Other arthritic findings such as sclerosis in the area of the trochlear notch of the ulna and bone spurs at joint edges are also reported. If fragmentation of the medial coronoid only involves the cartilage, it may not be seen radiographically but occasionally if the bone is also fragmented, it can be visualized as a separate calcific opacity superimposed over the radius.

Grading Elbows
For elbow evaluations, there are no grades for a radiographically normal elbow. The only grades involved are for abnormal elbows with radiographic changes associated with secondary degenerative joint disease. Like the hip certification, the OFA will not certify a normal elbow until the dog is 2 years of age. The OFA also accepts preliminary elbow radiographs. To date, there are no long term studies for preliminary elbow examinations like there are for hips, however, preliminary screening for elbows along with hips can also provide valuable information to the breeder.